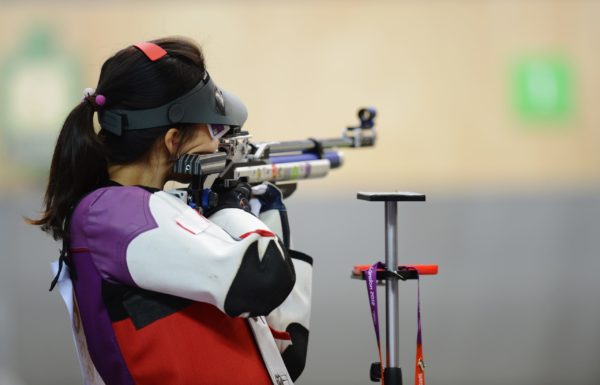 The end of the line? According to L’Equipe, the Paris 2024 OCOG has put an end, at least temporarily, to the scenario of relocating the Olympic shooting events to Châteauroux, in the Indre region. The department’s elected representatives have made numerous announcements over the past few weeks to highlight the advantages of the Déols National Shooting Centre, a facility that has already hosted international events. But their mobilisation has had no other effect than to make the Parisian organisers react. “A technical working meeting was held a few days ago at the initiative of the DIJOP (interministerial delegation for the Olympic and Paralympic Games), with representatives of the State and the SOLIDEO on the subject of the shooting venue for the Paris 2024 Olympic and Paralympic Games, explained the OCOG. This exchange provided an opportunity to share an analysis of the technical and scheduling challenges of the temporary site development project in La Courneuve, identified following the additional studies carried out by the organising committee. All of the players involved in the project confirmed their desire to find solutions to ensure that the La Courneuve site can host the shooting events in 2024. Organising the shooting events in Châteauroux is not a working option. A political meeting will be organised in the next few days with the elected representatives of Seine-Saint-Denis to come up with solutions that will ensure that the site can be developed within the allotted timeframe, while respecting environmental commitments, and meeting the specifications of the IOC and the International Shooting Federation.” The message is clear: the option of moving the shooting range to the provinces, several hours from Paris, is not under consideration. At least officially. As a reminder, the development of a temporary facility in La Courneuve, in Seine-Saint-Denis, has been the subject of debate for several weeks, after a letter from the prefecture of the department warning the OCOG that the constraints linked to the planned site could lead to delays and additional costs. According to L’Equipe, a meeting is scheduled for the second week of March between the directors of the OCOG, SOLIDEO and elected officials from the local authorities and Michel Cadot, the interministerial delegate for the Paris 2024 Olympic and Paralympic Games. On the agenda: a precise analysis of the situation and the real risks of a delay in the development of the site.