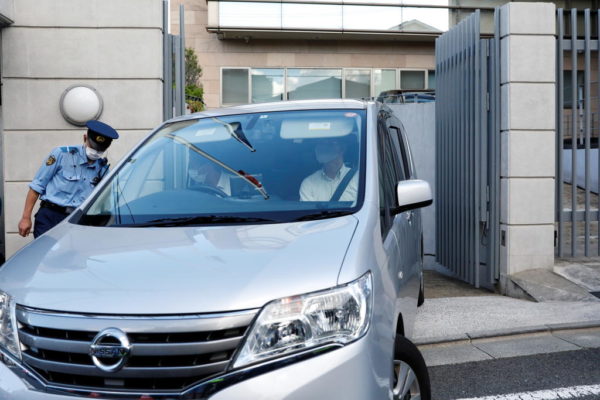 This is the end of Belarusian sprinter Krystsina Tsimanouskaya’s story at the Tokyo 2020 Games. The young athlete left Japan on Wednesday morning, August 4th, aboard a plane to Vienna. She is expected to make a stopover in the Austrian city before continuing her journey to Warsaw, Poland, where the authorities have granted her a humanitarian visa. According to several sources, she had been scheduled to board a direct flight from Tokyo to Warsaw on the Polish airline LOT. But her itinerary was changed at the last minute, probably for security reasons. She left Tokyo’s Narita airport on an Austrian Airlines plane for Vienna. Having taken refuge in the Polish embassy in Tokyo the day before, she arrived at the airport early in the morning in a vehicle with tinted windows (photo above). At the airport, she was escorted by officials from the Games’ organising committee, before going to the boarding lounge accompanied by two people believed to be Polish diplomats. Meanwhile, the IOC explained through its spokesperson, Mark Adams, that it had already received a written report from the Belarus National Olympic Committee on the case of Krystsina Tsimanouskaya. The Disciplinary Commission of the Olympic body will now try to “establish the facts”. Mark Adams also said that two Belarusian officials are to be interviewed: Yuri Moisevich, the head coach of the athletics team, and Artur Shumak, the deputy director of the national training centre in Belarus. Both men were allegedly directly involved in the attempt to put the young athlete on a return flight to Minsk against her will.