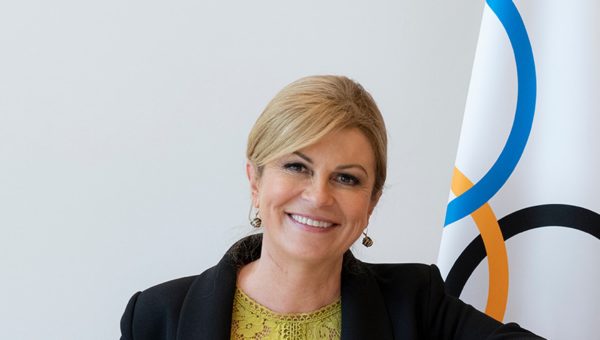 The IOC confirms the feminisation of its commissions. After appointing Zimbabwean Kirsty Coventry as Chairwoman of the Brisbane 2032 Games Coordination Commission at the end of last week, the body announced that it had also chosen a woman to head the future host commission. Thomas Bach has asked the Croatian Kolinda Grabar-Kitarović (pictured above). An IOC member since 2020, she is the former President of the Republic of Croatia. Kolinda Grabar-Kitarović replaces Kristin Kloster Aasen, who was forced to step down after being elected to the IOC Executive Board, as the two positions were not compatible. The Croatian was already a member of the future Olympic host commission. By moving up a notch to take up the presidency, she vacated her seat, which will now be occupied by Marisol Casado of Spain, the President of the International Triathlon Federation (World Triathlon).