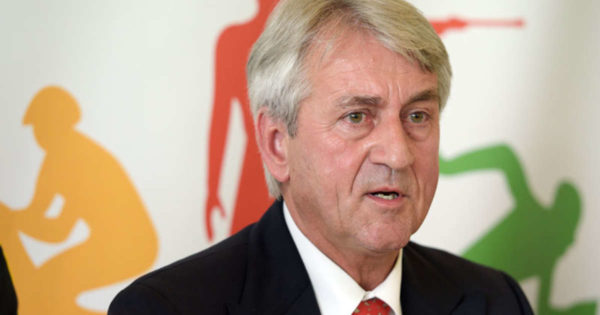 There is no suspense in sight at the International Union of Modern Pentathlon (UIPM). Two months before the next elective congress, scheduled in virtual mode on November 27-28th, 2021, the body based in Monaco has unveiled the list of candidates for the various positions in governance and in the commissions. There are more than fifty candidates. But Klaus Schormann (photo above), the current UIPM president, is the only candidate for his succession. Having been in office since 1993, the German leader will therefore be reappointed for a new term. The same scenario applies to the position of treasurer, where the American John Helmick is also the only candidate. On the other hand, there are nine candidates for the five vice-president positions: the Spaniard Juan Antonio Samaranch, the Kazakh Berik Imashev, the Frenchman Joël Bouzou, the Mexican Juan Manzo, the Russian Vjacheslav Aminov, the Bulgarian Andrey Kuzmanov, the Uzbek Bakhromjon Gaziev, the Egyptian Sharif El Erian, and the Turkish Veil Ozan Cakir. In any case, the position of president, treasurer and the five vice-president seats will all be occupied by men at the end of the 71st Congress of the international body. The UIPM is not yet playing the parity card, despite the presence of Shiny Fang of China as Secretary General.