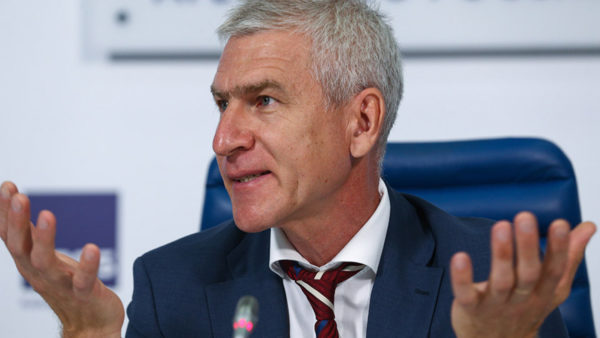 The fact is now well established: the Russian flag and anthem will be absent from the Tokyo Games. But while it is certain that the former will be replaced by the Olympic flag, the question of the anthem is not yet settled. The Russian Olympic Committee is currently pushing for the use of a folk song created during WWII and then made world famous during the Soviet Union: Katyusha. The idea of ​​using it at the Tokyo Games instead of the Russian anthem was suggested by fencer Sophia Velikaya, Olympic champion in individual saber at the Rio 2016 Games, chair of the National Olympic committee’s athletes’ commission. She is now supported by Russian Sports Minister Oleg Matytsin (photo above). “I have great respect for Katyusha, a song very steeped in tradition in both the Soviet Union and Russia”, he told TASS. “She is known around the world and associated with our country. The idea to use it at the Tokyo Games came from the athletes. I respect and fully support her”. The final decision will rest with the IOC. At the PyeongChang 2018 Winter Games, where Russia was already excluded as a nation, the Olympic anthem was played at the medal ceremonies involving Russian winners.