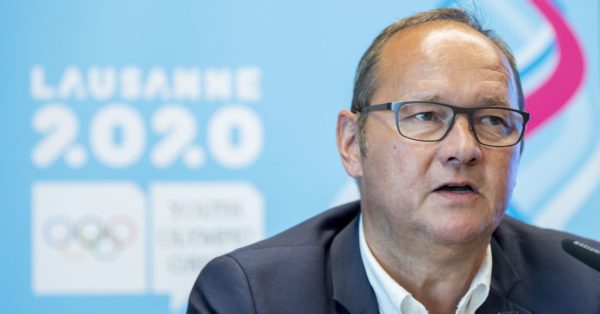 The Swiss Olympic Committee (Swiss Olympic) follows on. They re-elected its chairman, Jürg Stahl (photo above), for a second four-year term. He was re-elected unanimously with 431 votes at the general assembly of the Sports Parliament, held virtually. In addition, three new members are joining the Swiss Olympic Executive Board: Nora Willi (Swiss Volley), Sergei Aschwanden (Swiss Federation of Judo & Ju-Jitsu), and Matthias Kyburz (athlete representative). They replace Andreas Csonka, Ulrich Kurmann, Anne-Sylvie Monnet and Peter Zahner, who are leaving the body as planned at the end of the year. All other outgoing members were re-elected for an additional four years. The last seat on the board was not allocated due to technical problems with the recording of the electronic vote in the second round. At the same general assembly, the Sports Parliament elected Ulrich Kurmann, a 37-year-old lawyer, as chairman of the Foundation Board of Antidoping Switzerland. As of next year, he will succeed Corinne Schmidhauser, who is stepping down from the presidency after 12 years, due to the limited term of office. Finally, former skier Virginie Faivre, who became president of the Lausanne 2020 Youth Winter Games after the death of Patrick Baumann in 2018, has been named an honorary member of Swiss Olympic.