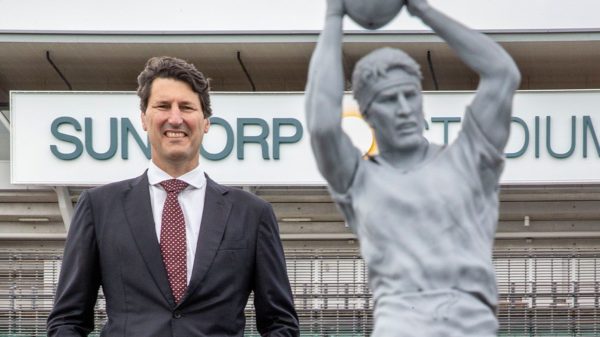 New step for the 2023 Rugby World Cup in France, with the launch on Thursday, April 22nd, of the Players’ Committee. Surprise, it will be chaired by an Australian. John Eales, double World Cup winner with the Wallabies (1991, 1999), whose jersey was worn 86 times, will play a key role in mobilising the 660 players who will compete in the world tournament in France. John Eales will be accompanied by six other big names in rugby: the French Philippe Sella and Yannick Jauzion, the Welshman Gareth Thomas, the Australian David Pocock, the French Jessy Trémouliere, and finally Iesinga Vunipola, mother of the English internationals Mako and Billy Vunipola. The Players Committee, which will meet several times a year, has set itself several objectives: to strengthen the link between the 660 players of the 2023 World Cup and the fans, to bring together all the rugby players by sponsoring all the amateur French clubs by all the players who will participate in the World Cup, and finally engage the players around the societal issues of France 2023, in particular in the fight against discrimination and in the fight for the environment.