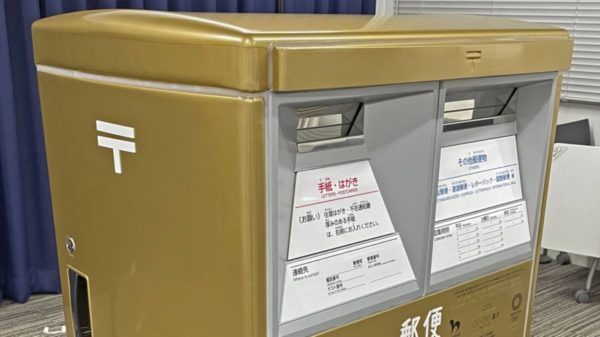 The legacy of the Tokyo Games is set to be very visible in Japanese cities with a direct link to the medal-winning athletes. Japan Post announced during a press conference that its letterboxes, traditionally painted red, will be replaced by gold-coloured models in all locations linked to the Olympic and Paralympic champions of the Tokyo Games. For each gold medal won by the country, a mailbox will be replaced in the athlete’s hometown or training centre. The new models will display the medal winner’s name, sport and hometown in Japanese, English and Braille. For team sports, the names of the coaches will also be displayed. The letterboxes will be installed with the consent of the medallists. They will remain in place after the Games. Such an initiative was first launched at the London Games in 2012, when around 110 golden letterboxes were installed across the country by the Royal Mail Group, the British postal service.