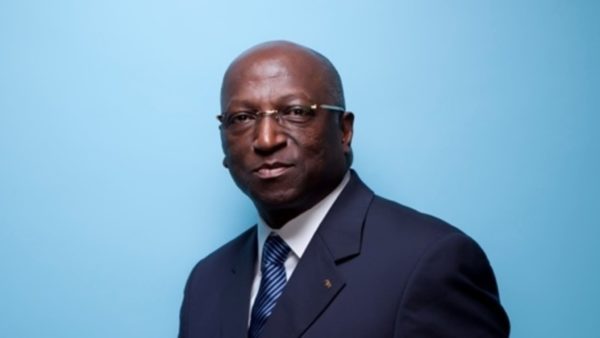 Things are getting more complicated in the campaign for the presidency of the African Football Confederation (CAF). Ivorian Jacques Anouma (pictured above), one of the contenders, has reportedly decided to stay in the race. He would have chosen to refuse the market prepared by Gianni Infantino and FIFA to ensure a victory for South African billionaire Patrice Motsepe. As a reminder, a meeting was organised last week in Rabat, Morocco, in the presence of the various applicants and representatives of FIFA, in order to find an agreement supposed to avoid going through the ballot box. Two of the candidates, Senegalese Augustin Senghor and Mauritanian Ahmed Yahya, were offered a post of vice-president of a CAF headed by Patrice Motsepe. Jacques Anouma, for his part, would inherit a post of adviser to the president. The only problem, but a significant one, for Gianni Infantino and for FIFA: the Ivorian does not seem to have decided to pull over to the side. His entourage ensures that he continues the campaign. And could even go all the way, subject to getting the green light from the Ivorian head of state, Alassane Ouattara. The election is due to take place on Friday March 12th. Jacques Anouma is visiting Guinea this week to continue his campaign. The former president of the Ivorian Football Federation also denied, via a statement, information leaked by insideworldfootball.com according to which his campaign was being funded to the tune of more than 15 million euros by the Abidjan regime. “The candidate (Jacques Anouma) does not receive funding from the Ivorian authorities, the latter having undertaken, through the press release sanctioning the Council of Ministers of January 20th, 2021, to carry out diplomatic and relational actions for the promotion of the candidacy”, specifies his campaign team.