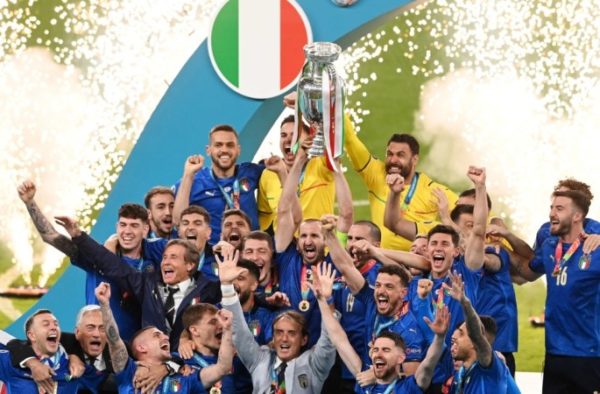 Its victory at the Euro soccer tournament has given Italy ideas. According to the president of the Italian Football Federation, Gabriele Gravina, the country could enter the race to host the Euro in 2028 or the World Cup in 2030. “We will evaluate a bid for Italy to host the European Championship in 2028 and the World Cup in 2030, which will mark the centenary of the competition,” he said at a Federal Council meeting. “To do this, we need to improve the conditions of the stadiums. If we don’t reinvest in the infrastructures, we will never be able to aspire to host such a big event. We must do things quickly. According to me, we cannot consider being candidates by saying: we have the stadiums, and if you award us the event, then we will improve them. That’s not how it works.” Gabriele Gravina said Euro 2028 would be a priority, with a bid for the 2030 World Cup being a plan B if the continental tournament fails. Italy has not hosted a major soccer event since the 1990 World Cup. Its bid for the 2030 World Cup, still very hypothetical, would add a new player to an already crowded field, with the more advanced bids of Spain and Portugal, the South American quartet that includes Argentina, Uruguay, Chile and Paraguay, Bulgaria, Greece, Serbia and Romania’s association, and finally a UK-Ireland ticket. The bidding process will officially begin next year, with a decision by FIFA expected in 2024.