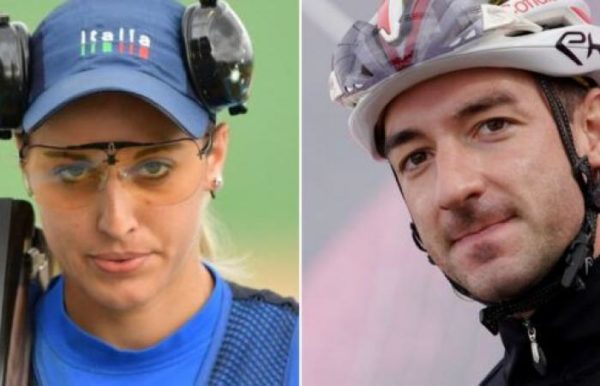 Two months and several days because the Tokyo Games’ opening ceremony, Italy chose its flag-bearers. Giovanni Malago, the freshly reelected president of the national Olympic committee (CONI), officialized last Thursday in Rome, within Foro italico’s court of honor, the identity of the two athletes called to march ahead of the delegation. Cyclist Elia Viviani and shooting specialist Jessica Rossi were choosen. Both have already won an Olympic gold medal in their careers. Elia Viviani was crowned Olympic champion in the omnium during the 2016 Rio Games. The Italian is currently racing the Giro with the Cofidis team. Jessica Rossi was London 2012 skeet Olympic champion. For the first time in history, the IOC allows countries to choose two flag bearers, a man and a woman, for Tokyo Games’ ceremonies. Shooting and cycling never had the privilege, in Italy, to see their athletes designated for such an honor during the Olympic Games.