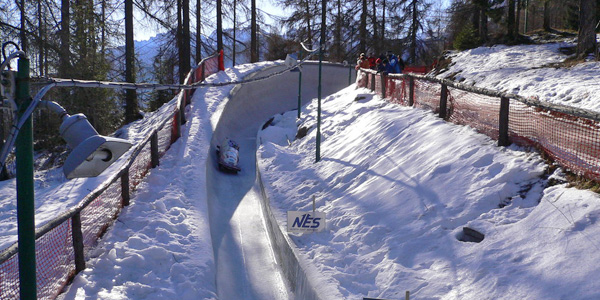 Stubborn, the organisers of the Winter Games in Milan/Cortina 2026. Giovanni Malagò, President of the National Olympic Committee (CONI), took advantage of the presentation of the event’s logo, Tuesday, March 30th, to take stock of the system of competition venues. He explained that plans to renovate the historic bobsleigh track at Cortina d’Ampezzo and to organise speed skating events on an outdoor ring at Baselga di Piné were still relevant. “Regarding the bobsleigh, luge and skeleton track, all problems have been resolved, thanks to the excellent cooperation between the organising committee, the Veneto region, its president Luca Zaia, the city of Cortina, the IOC and the international federations”, assured Giovanni Malagò. The renovation of the old Cortina track, abandoned for more than ten years, has been the subject of a debate between the Italians and the IOC, since the award of the 2026 Winter Games, its cost (50 million euros) being considered very high by the Olympic body. The IOC was more inclined to relocate the bob, luge and skeleton events to Switzerland (St. Moritz) or Austria (Igls). As for the speed skating ring, several options are still being explored, including the Arena Civica in Milan or the indoor track in Turin, built for the 2006 Winter Games.