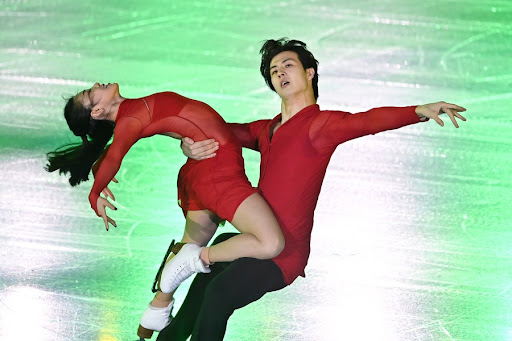 The pre-Olympic events continue in China in the run-up to the 2022 Winter Games in Beijing. After long track speed skating, figure skating took over this past weekend. The 2021 Asian Open was held at Beijing’s Capital Gymnasium, a 50-year-old facility that has been renovated for the upcoming Olympic Games. The Chinese leg of the Short Track World Cup, scheduled to take place in the same arena, will follow from October 21st to 24th. At the forefront of the observers will be the Vice-President of the International Skating Union (ISU), Alexander Lakernik. When asked by Chinese media, the Russian leader explained that he had been to the Capital Gymnasium in Beijing many times in the past, but never in its new version. “It looks completely new and much more beautiful than before,” he suggested, quoted by Xinhua news agency. “Renovating it was the best option, much more relevant than building a new rink.” Asked about the presence of the public at the competition venues, a scenario ruled out for the test events but still envisaged for the Winter Games, Alexander Lakernik said he hoped to see a maximum number of spectators during the competitions. “At the ISU, we are obviously in favour of having as many people as possible in the rinks. The more the better. But we will have to respect the measures taken by the Chinese. They have a lot of experience in dealing with sanitary crises. Nobody wants to see the Beijing Games disrupted by COVID-19 cases”. With less than four months to go before the opening, the Chinese organisers are still talking about the possibility of welcoming the public, exclusively Chinese residents, but the sale of tickets still hasn’t started.