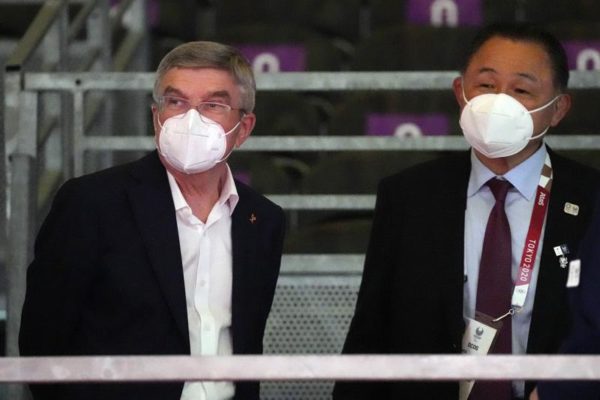 Thomas Bach has left Tokyo. The IOC President flew back late in the evening of Wednesday, August 25th, after a busy day on Paralympic competition sites, where he attended the goalball, fencing, swimming, rugby and wheelchair basketball events. His departure is expected to quell the controversy over his visit to Japan in the midst of the COVID-19 crisis, fuelled by statements on Wednesday by the government’s top adviser on sanitary risks. In its daily press conference, the IPC justified Thomas Bach’s arrival in Tokyo for the Paralympic Games on Thursday, August 26th. “From our point of view at the IPC, it was very good that he accepted our invitation,” said Craig Spence, the IPC spokesman. “I know there were some questions about it, so I want to make it clear that his business plan was approved by the Japanese government. The IPC and the IOC have a very close working relationship. The Paralympic Games would not have the size or scope they have today without the support we receive and the relationship we have with the IOC. It is not uncommon for the IOC President to attend the Opening Ceremony of the Paralympic Games. It has happened many times before, so we are very happy that he was there. Thomas Bach did everything right, he wore a mask and distanced himself socially. We were happy to welcome him. And we will welcome him again at the next Paralympics.”