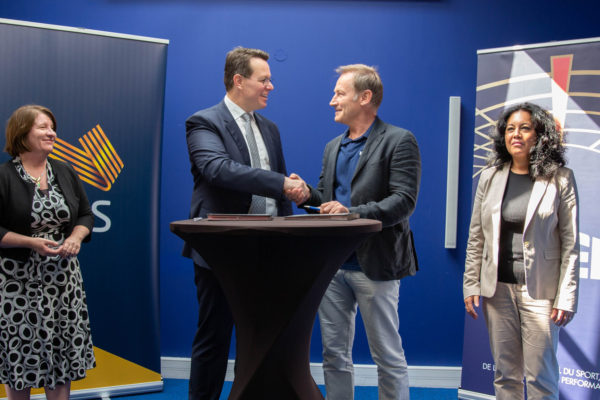 Less than two years before the Paris 2024 Games, Australia is flexing its muscles in preparation. The Australian Institute of Sport (AIS) in Canberra has signed a new memorandum of understanding with its French counterpart, the National Institute of Sport, Expertise and Performance (INSEP). It was signed Thursday, July 28 in Paris by former swimmer Kieren Perkins, CEO of the Australian Sports Commission (pictured above, left), and former judoka Fabien Canu, director of INSEP (pictured right). As part of the agreement, Australian national teams will be able to collaborate and exchange with their French counterparts, and more importantly, gain access to the INSEP national training center in Paris, as part of their preparation for the 2024 Games. “Over the past decade, our athletes and sports have enjoyed a warm welcome at the AIS European training center in Italy,” said Kieren Perkins. “The agreement with INSEP will increase the support options available in Europe as we move toward the upcoming Summer Games in Paris.” The ISA has had a relationship with INSEP since the 1990s, with the first formal agreement signed in 2008. INSEP is also part of the ISA’s European Sports Medicine Network, which provides support to Australian athletes in Europe, including in emergency situations. The current protocol will remain in place until after the end of the Brisbane 2032 Games year, allowing French athletes reciprocal rights to prepare at ISA training centers.