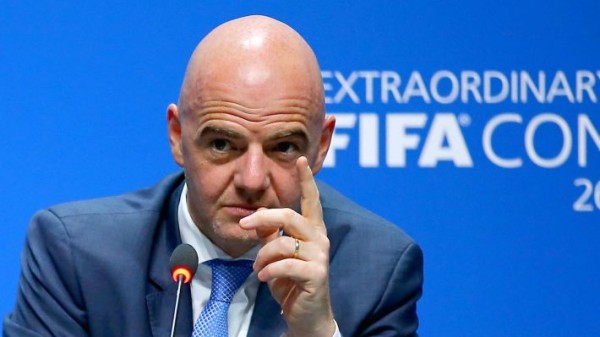 Not really a surprise. With more than seven months to go before the vote, the Asian continent is already siding with Gianni Infantino. The Asian Football Confederation (AFC) has announced through its president, Shaikh Salman Bin Ebrahim Al Khalifa, that it supports the current FIFA president in his plan to seek another consecutive term. “The AFC and the Asian football family welcome President Infantino’s re-election bid and I can assure him today that we will stand united behind his candidature,” the Bahraini leader explained over the weekend, following a meeting of the body’s executive committee in Dushanbe, Tajikistan. The AFC has 47 member countries out of the 211 affiliated to FIFA. Its president since 2013, Shaikh Salman Bin Ebrahim Al Khalifa, ran for the FIFA presidency in 2016 but was defeated by Gianni Infantino. Since then, the Italian-Swiss has been re-elected unopposed in 2019. He announced at the end of March that he would run for a third and final four-year term at the head of the body at the elective congress in early 2023. Gianni Infantino does not yet have a declared opponent. He can already count on the voices of Asia, but also on those of Africa. The Confederation of African Football seems to be largely behind him. It was even the only one to declare itself unanimously in favour of his project, now put on hold, of a World Cup every two years.