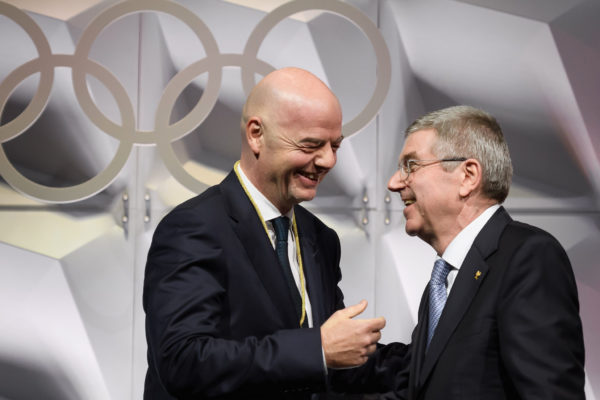 Gianni Infantino did not make the trip to Beijing for the 139th IOC Session and the 2022 Winter Games. The FIFA President is, however, a member of the Olympic body. And, unlike several of his colleagues (Andrew Parsons, Giovanni Malago, etc.), he has not contracted COVID-19. His absence was not a health issue, but it saved the Swiss-Italian leader a very uncomfortable morning on Thursday 3 February. The issue of FIFA’s plan for a football World Cup every two years was brought up in the debate by three IOC members, all of whom were uncritical of its impact and effects on the Olympic movement. ANOCA President Mustapha Berraf of Algeria, Serbian Nenad Lalovic, and South Korean Ryu Seung-min, member of the Athletes’ Commission, took the floor to express their hostility to Gianni Infantino’s plan to overhaul the international football calendar. “Such an initiative would only relegate other sports to the sidelines, which is unacceptable,” suggested Mustapha Berraf. It would create a gap between women’s and men’s sport and would be a step backwards in terms of our objective of equity and parity for all sports. Thomas Bach then cut the debate short by explaining that Gianni Infantino had cancelled his visit to Beijing two days earlier. “We would like to discuss this with the FIFA president, but it is not possible because he cancelled his visit to Beijing the day before yesterday,” said the German leader.