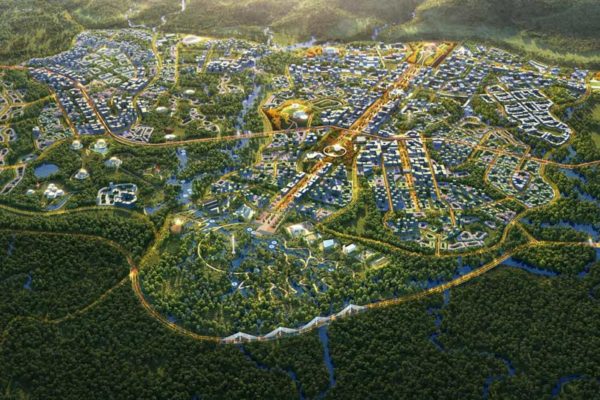 Indonesia has made its choice: its bid for the Olympic and Paralympic Games in 2036 will be supported by its future capital, the city of Nusantara. Indonesian President Joko Widodo has agreed to place the new city, which has only just begun construction, at the centre of the bid. The decision was made last week after a meeting between Joko Widodo, Minister of Youth and Sports Zainudin Amali, and President of the Indonesian Football Association (PSSI) Mochamad Iriawan. The three men agreed that the future capital would have a state-of-the-art football training centre and several other sports facilities. The President of the Indonesian Olympic Committee, Raja Sapta Oktohari, confirmed the decision in a statement: “We welcome the President’s decision to continue to propose IKN (the Indonesian name for the future capital) for the 2036 Olympic bid. We will carry out this task and work hard to be the first ASEAN (Association of Southeast Asian Nations) country to host the Olympics.” Raja Sapta Oktohari confirmed to local media that Indonesia was participating in the dialogue phase with the IOC’s future hosts commission. “With the IKN as the venue, we are optimistic because one of the issues that will be evaluated is the choice of a venue that ensures the sustainability and legacy of the project,” the Indonesian Olympic leader suggested. Indonesia was already a candidate for the 2032 Summer Games, awarded by the IOC to the Australian city of Brisbane. Its bid was then supported by Jakarta, the current capital. Next year, the Indonesian island of Bali is due to host the second edition of the World Beach Games and the General Assembly of the Association of National Olympic Committees (ANOC).