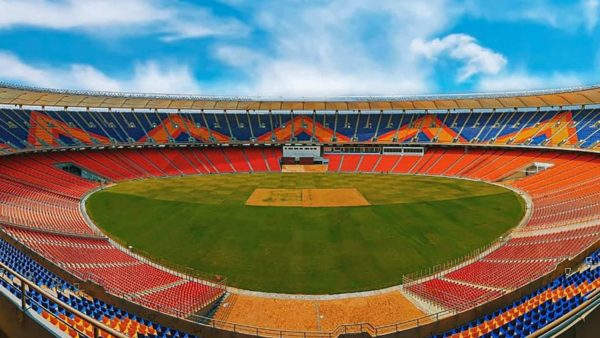 The much anticipated awarding of the 2032 Summer Games to Brisbane has put a curb on its fervour, but India has not buried its Olympic projects. Narinder Batra, president of the Indian Olympic Association (IOA), assured the media on Saturday, October 9th, that the country was continuing discussions with the IOC about a bid for the Summer Games. But this time the dialogue is about the 2036 edition. According to the Indian leader, the case is very advanced, since they are already talking about the place where the opening ceremony could be held. Narinder Batra mentioned Ahmedabad’s Motera Stadium (pictured above), the world’s largest cricket stadium with 110,000 seats, which will be renamed ‘Narendra Modi Stadium’ in February 2021. Ahmedabad is India’s sixth largest city, with a population of 6 million, and is located in the northwestern state of Gujarat. “When you say opening ceremony, it means that athletics will also be held there,” said the Indian leader. “We are already discussing this with the International Olympic Committee. The Olympic Games will be finalised in two or three years, and we are currently talking to the IOC”. According to Narinder Batra, whose term as head of the Indian Olympic Committee will end in December 2021, India is one of the six or seven potential candidates for the 2036 Games.