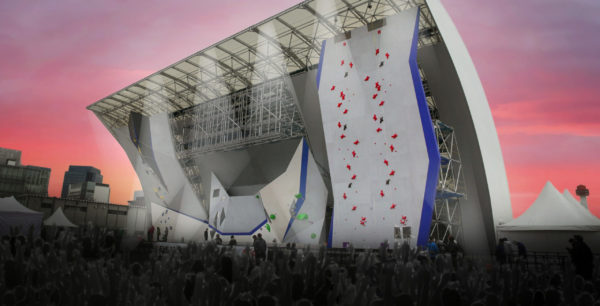 It makes sense. Two years and a few months before the Paris 2024 Games, climbing continues to rely on French expertise. Its international federation, the IFSC, has announced that it has renewed its partnership with the French companies Entre-Prises (EP) and Luxov for a further three years, until the end of 2024. EP Climbing, world leader in custom-made climbing walls, is one of the IFSC’s longest-standing partners, with collaboration between the two parties dating back to 2010. Last year, Entre-Prises became the official wall supplier for the Olympic debut of climbing as an additional sport at the Tokyo 2020 Games. With the extension of the partnership, the company has also been appointed by the IFSC as the official wall supplier for the Paris 2024 Olympic Games. Luxov, which provides ‘immersive’ experiences for climbers through technology and interactivity, has been partnered with the IFSC since 2017. This partnership has resulted in several innovations, including the Speed Touch Hold, which was introduced last year at the Tokyo 2020 Games.