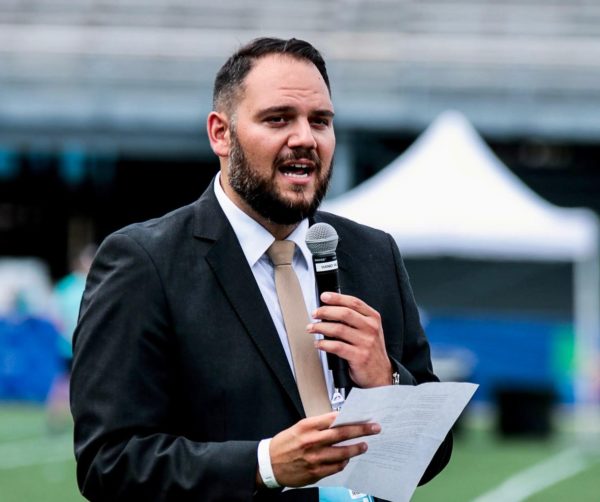 A sign. As a candidate for the Los Angeles 2028 Games for flag football, the International Federation of American Football (IFAF) has announced that it has chosen Paris for its annual congress in 2023. It will be held in the second half of the year. Paris, city of the next Summer Games, but also of the headquarters of the body and of its creation in 1998. On the agenda for the 2023 Congress is a vote to add a non-voting representative of the NFL, the North American professional league, to the IFAF Executive Board. The proposal was approved by the IFAF Board on the eve of the opening of the Forum of International Federations, which is being held this week in Lausanne. The IFAF is represented by its president, Pierre Trochet of France (pictured above), its chief executive, Andy Fuller, and the NFL’s head of Europe, Brett Gosper, former chief executive of World Rugby. No less than 72 national member federations will be expected in Paris next year, for a congress that should also validate the entry of several nations from Central and South America and South-East Asia as associate members.