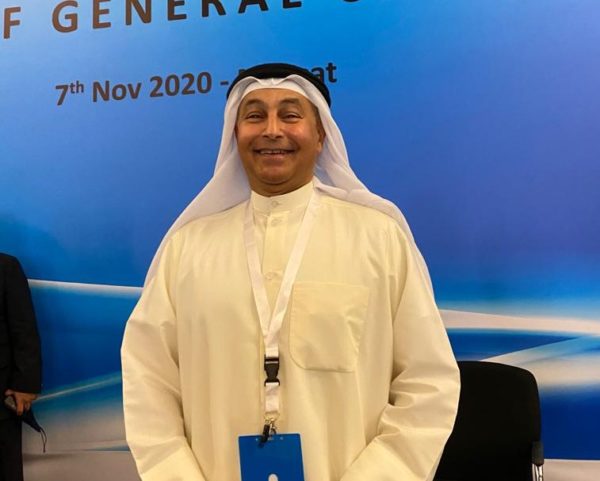 A plebiscite. The only candidate for the position, Husain al Musallam was elected president of the International Swimming Federation (FINA) on Saturday, June 5th. The 61-year-old Kuwaiti leader succeeds 84-year-old Uruguayan Julio Maglione, who has been in office since 2009 and who chose not to seek a new mandate. A former swimmer in the 1970s who became an aeroplane pilot, Husain al Musallam is the first Asian to lead FINA. He was elected with 302 votes for and 7 against. A member of the FINA Bureau since 1996, he was the First Vice President since 2015. Freshly elected, the new FINA President announced that the Athletes’ Commission would be enlarged to 20 members next year. He promised to create a reform committee to look at issues such as “communication, marketing, governance, anti-doping, gender equality, major events and swimming development.” Finally, he proposed a plan to halve FINA Bureau members’ per diems, the savings being reallocated to the swimmers. Husain al Musallam said he would not receive a salary or allowance during his term. During the same congress, held in Doha virtually, South Africa’s Sam Ramsamy was elected First vice-president, Australia’s Matthew Dunn Second vice-president. As for the former Chinese diver Zhou Jihong, she became the first woman elected as FINA vice-president. Another major change was the appointment of American lawyer Brent Nowicki as the new Executive Director of the body. He replaces Romanian Cornel Marculescu, who has been in place for more than thirty years. Husain al Musallam had been mentioned several times in the corruption cases and financial scandal that shook FINA in 2017, but without ever being prosecuted.