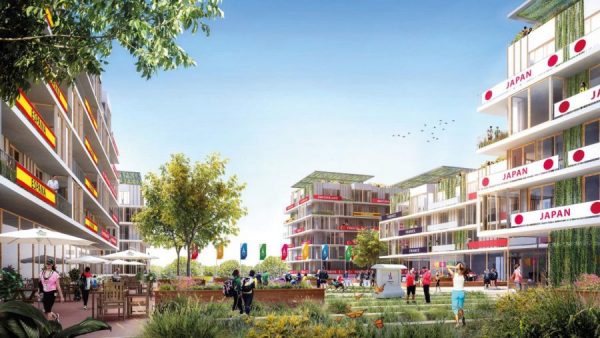 Not yet built, but already with a great destiny. The athletes’ village of the Paris 2024 Olympic and Paralympic Games will host, after the event, housing for women victims of domestic violence and their children. According to L’Equipe, the idea was suggested by Elisabeth Moreno, the Minister Delegate to the Prime Minister in charge of Equality between Women and Men, after a meeting last June with Tony Estanguet, the President of the OCOG, and Michel Cadot, the Interministerial Delegate for the Olympic and Paralympic Games. “Women who are victims of domestic violence will benefit from the end of the Paris 2024 Games from housing that will help them to rebuild. Housing is a crucial step in the reconstruction of these women”, explains Elisabeth Moreno. The number of dedicated housing units has not yet been decided, but it could reach several dozen. They will be accessible to women with disabilities. The future athletes’ village, on which work has already begun, is located in Seine-Saint-Denis, straddling the municipalities of Saint-Denis, Saint-Ouen and L’Île-Saint-Denis.