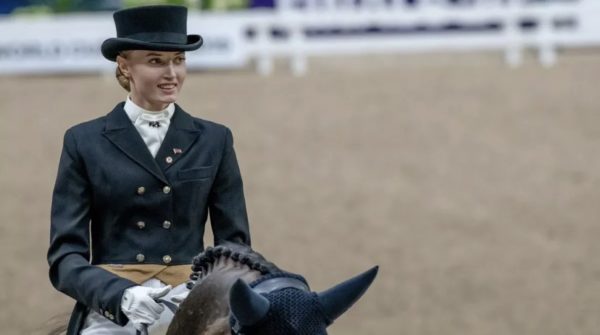 And that’s two. After the athlete Krystsina Tsimanouskaya, another Belarusian sportswoman has left her country and found refuge in Poland. According to the PAP news agency, horse rider Olga Safronova has followed the same path as her young compatriot. She obtained a humanitarian visa for Poland, after explaining that she feared for her life for criticising the Belarusian president, Alexander Lukashenko. Olga Safronova was excluded from the Tokyo Games, where she was competing in horse riding, after her horse was deemed “lame” by the national team management. She travelled to Poland to join the many Belarusian dissidents who have taken refuge in the country. “When I arrived in Poland and had the horse examined, it was perfectly healthy and fit to compete,” she explained. The young woman then spoke out against Alexander Lukashenko and the Belarusian sports leadership, which reportedly put her on a list of people considered traitors to the nation. “If you are on this list, you cannot work or pursue your sports career,” she told PAP. “If I hadn’t left Belarus, it would have been dangerous for me. Here I feel safe and my horses are safe”. She now lives and trains near Warsaw and is considering applying for Polish citizenship.