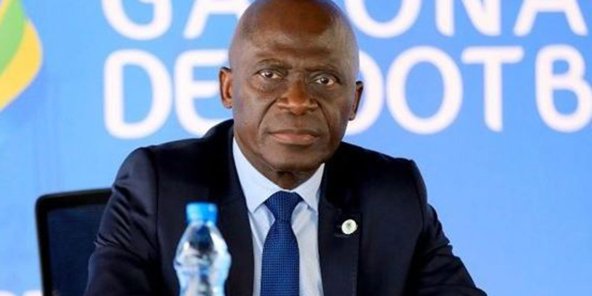 Heads are falling in Gabonese football. AFP reports that the president of the federation, Pierre-Alain Mounguengui (pictured above), has been indicted and placed under a detention order in Libreville. He is accused of “failure to report crimes of paedophilia” in a case of alleged sexual assault of hundreds of young players. The case began last December with revelations by the Guardian that the former coach of Gabon’s under-17 national team, Patrick Assoumou Eyi, had committed hundreds of rapes and sexual assaults on minors under his responsibility. The coach has been jailed. Since his arrest, two club coaches, Orphée Mickala and Triphel Mabicka, have also been indicted on the same charges and taken into custody. All three men face up to 30 years in prison. With the indictment of the president of the Gabonese Football Federation (Fégafoot), the scandal has moved from the field to the office. Pierre-Alain Mounguengui, 64, was re-elected at the end of April as president of the Fégafoot. According to his lawyer, Charles-Henri Gey, he is contesting the facts and has asked to be released on bail. We are in a state of delirium, there is for the moment no identified victim,” insists the lawyer of the Gabonese leader. The case is just a pretext for Pierre-Alain Mounguengui not to be president of the Fégafoot anymore. FIFA announced at the beginning of the week that it had opened a disciplinary investigation. It is targeting the three coaches accused of paedophilia and the president of the Libreville provincial football league, Serge Ahmed Mombo.