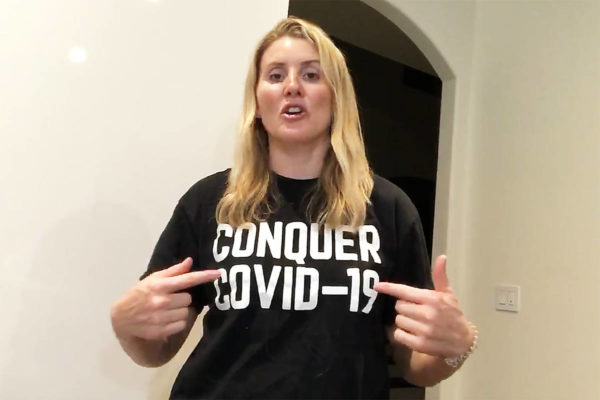 Hosting the Tokyo Games is unreasonable. This, in essence, is the message sent by the Canadian Hayley Wickenheiser, quadruple Olympic ice hockey champion (Salt Lake City 2002, Turin 2006, Vancouver 2010 and Sochi 2014), now a member of the IOC Athletes’ Commission. Asked by Radio-Canada, she suggested that the decision to maintain the Tokyo Games, or not, should not be taken by the IOC, but by the medical world. Hayley Wickenheiser is faced with the reality of the health crisis on a daily basis. A medical student, she currently works in a hospital in Calgary. “I wonder if the safety and health of athletes are high on the priority list“, she told Radio-Canada. “I ask the question again, because in 2020, before the Games were postponed, that was not the case. I know if I was still an athlete I would want to go there at all costs. That’s why it takes someone with hindsight to tell them whether or not it’s worth going. It’s not up to the IOC to make that decision. It is up to the doctors, the specialists with the experience of pandemics to make the ultimate decision, because they have nothing to gain or lose whether the Games are held or not”. Hayley Wickenheiser is not in her first radical position on the health crisis and its effects on the Olympic movement. On March 17th, 2020, she sounded the red flag with a social media post. Five days later, Canada announced it would not send athletes to the Tokyo Games. On March 24th, the Tokyo Games were officially postponed for a year.