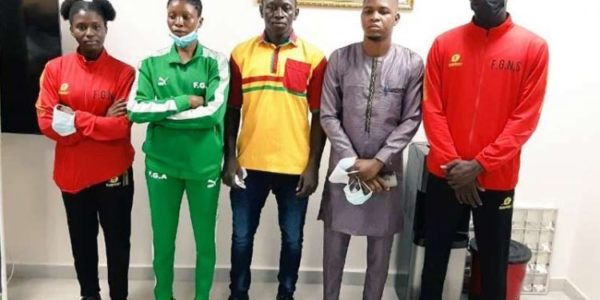 A second country will miss the call on Friday, July 23rd, during the delegations’ parade at the opening ceremony of the Tokyo Games. After North Korea, Guinea decided to cancel its participation. It was to be represented by five athletes, engaged in wrestling, judo, swimming and athletics. Its renunciation is officially linked to the sanitary situation. “Because of the resurgence of COVID-19 variants, the government, anxious to preserve the health of Guinean athletes, has decided with regret to cancel of the participation of Guinea,” wrote the Minister of Sports, Sanoussy Bantama Sow, in a letter addressed to the president of the Guinean Olympic Committee, consulted by AFP. But according to the Guinean press, the withdrawal of the Olympic delegation would be in reality motivated by financial reasons. The Guinean government would not have the means to pay the Olympic bill. The local media also mention a problem of unpaid premiums.