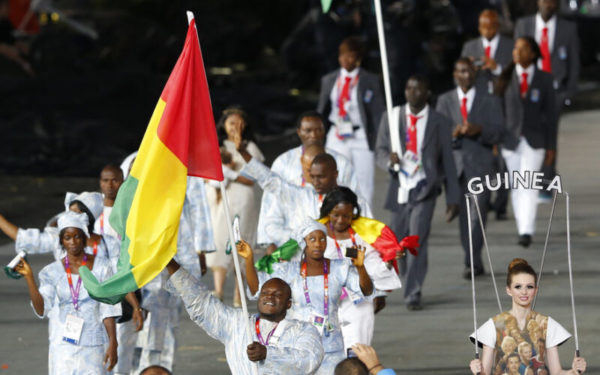 False alarm. Announced absent from the Tokyo Games by its own Minister of Sports, Guinea will finally participate in the Olympic event. The Minister of Sports, Sanoussy Bantama Sow, announced it himself on Thursday, July 22nd, contradicting his words earlier in the week. “The government, after obtaining guarantees from the sanitary authorities, gives its agreement for the participation of our athletes in the 32nd Olympiad in Tokyo,” he wrote in a statement. The guarantees in question were provided by the Japanese authorities and the Guinean embassy in Japan. The delegation of five athletes, engaged in swimming, judo, wrestling and athletics, left Conakry on Thursday evening, just in time to make an appearance at the opening ceremony. Presented by the Guinean government as a sanitary decision, the cancellation of the delegation’s trip to Japan had been interpreted by the country’s press as a financial matter. But the Minister of Sports denied the rumors of overcharging of some expenses related to the Tokyo Games. “We do not dare to overcharge. There are only 19 people who are going to be part of the delegation which will be led by myself “, he assured in a statement sent to the AFP. North Korea will be the only country recognized by the IOC not to participate in the 2020 Games.