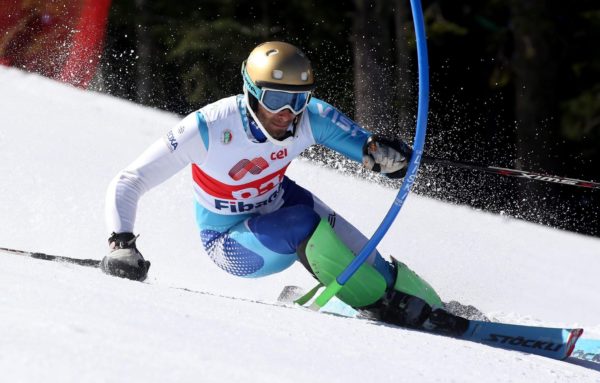 With less than a week to go before the event, some light has been shed on the lighting ceremony of the Olympic flame in Greece for the Beijing 2022 Winter Games. It is scheduled to take place on Monday, October 18th, at the ancient stadium of Olympia. The first athlete invited to carry the torch will be a Greek alpine skier, Ioannis Antoniou (pictured above), flag bearer for his country’s delegation at the closing ceremony of the PyeongChang 2018 Games. IOC President Thomas Bach and Greek President Katerina Sakellaropoulou were among the few personalities present at the ceremony, which was held behind closed doors. The traditional torch relay in Greece has been cancelled because of the sanitary crisis. The torch will be taken directly to Athens, where it will be flown to Beijing in a secure lantern, after being officially handed over to the Chinese the day after it is lit in Olympia. It will be handed over by the President of the Greek National Olympic Committee, Spyros Capralos, to IOC Vice-President Yu Zaiqing.