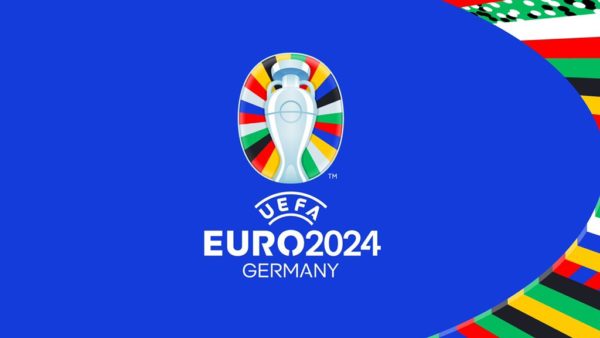 No time to lose. Germany unveiled the logo for the 2024 European Football Championship at the Olympic Stadium in Berlin this week. The ceremony was attended by celebrities and former players, but without any spectators. The visual identity of the next continental tournament follows the contours of the Henri Delaunay Cup, awarded since 1956 to the winner of the Euro, on an oval that closely resembles the roof of the Berlin Olympiastadion. The colours of the flags of UEFA’s 55 member nations are arranged in 24 slices around the trophy to represent the 24 teams that will qualify. The tournament slogan, “United by Football. Vereint im Herzen Europas” (“United in the heart of Europe”), is a message of solidarity and inclusion. As a bonus, each of the ten Euro 2024 host cities – Berlin, Cologne, Dortmund, Düsseldorf, Frankfurt, Gelsenkirchen, Hamburg, Leipzig, Munich and Stuttgart – has its own logo, featuring a famous local landmark. The next men’s Euro football tournament is scheduled to take place in June and July 2024, before the Olympic Games in Paris. The calendar will be announced next year.