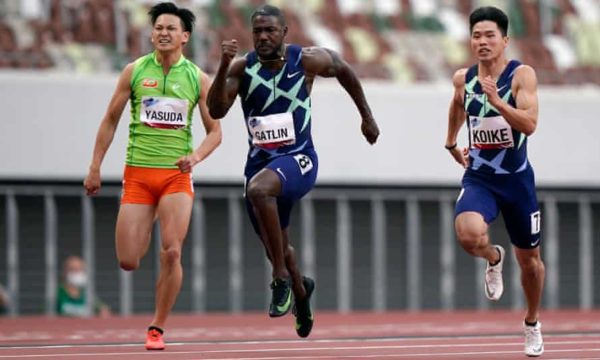 Just a few days after Sapporo’s Half Marathon, the organizers of the Tokyo Games have ticked another box on their pre-Olympic events table. The athletics test-event, a step of the Continental Tour of World Athletics, took place on Sunday, May 9th, at the Olympic Stadium. The meeting was held behind closed doors, because of the extension of the state of emergency in the Japanese capital. Surprisingly, nine foreign athletes had been invited. Among them, American athlete Justin Gatlin. The 2004 Olympic champion won the 100m final (10 sec 24). Above all, he was able to verify the effectiveness of the sanitary measures established by the Japanese organizers. “I think this competition gave us a taste of how the Games can be, with a sanitary bubble for the athletes,” said Justin Gatlin. The only time I went outside was to get on the bus to the stadium. The rest was all about training, being in the hotel and eating in the room. I know a lot of athletes are not going to be happy, but the measures are meant to keep everyone safe. And they are working.” Outside the stadium, a demonstration brought together a hundred opponents to the Tokyo Games.