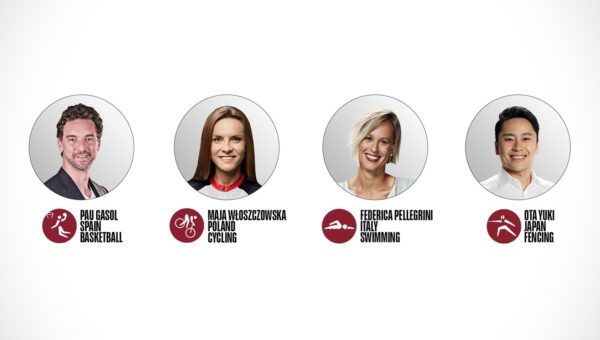 It’s done. With a year’s delay, the athletes present at the Tokyo Games elected their new IOC representatives. Thirty candidates from 19 sports were in the race to get the four spots that will be left vacant at the ceremony on Sunday, August 8th. After the votes were counted, the four elected were Spanish basketball player Pau Gasol, Polish cyclist Maja Włoszczowska, Italian swimmer Federica Pellegrini, and Japanese fencer Yuki Ota. Two men and two women, three Europeans and one Asian. They were elected to the Athletes’ Commission for a seven-year term, until the Los Angeles Summer Games in 2028. From July 13th to August 3rd, 2021, 6,825 athletes took part in the vote at one of the eleven voting stations set up by the IOC in the Olympic Village and on accomodation annexes. The turnout (61.27%) was one of the highest in the history of these elections, first held during the 1996 Atlanta Games. Three out of the four athletes elected at the London Games are therefore leaving the Olympic body: Slovakian shooter Danka Barteková, French canoeist Tony Estanguet, and Australian rower James Tomkins. But Zimbabwean swimmer Kirsty Coventry will remain in the seat. She was elected as an individual member of the IOC during the last session of the body, which was held before the start of the Tokyo Games. Stefan Holm, an appointed member of the Commission, is also retiring. A new Chair and Vice-Chair will be elected by the Athletes’ Commission members on August 6th.