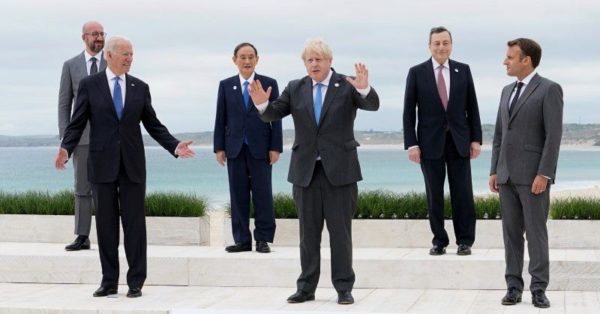 The Japanese expected nothing less: meeting in English Cornwall, the heads of state and government of the G7 major powers gave their support on Sunday, July 13th, to the Tokyo Games. In a joint statement issued at the end of the three-day summit, the leaders of the US, France, Britain, Japan, Italy, Canada and Germany said they wanted the event to be held “safely as a symbol of global unity to overcome COVID-19”. Japanese Prime Minister Yoshihide Suga had assured his G7 colleagues on the first day of the meeting that every effort would be made to hold a “safe and secure” Games from July 23rd. “I would like you to send strong teams, hoping that the world’s top athletes will perform at their best,” the Japanese leader suggested. According to national media, Joe Biden personally assured Yoshihide Suga of the United States’ full support during a one-on-one meeting between the two men on Saturday, June 12th. As for the French President, Emmanuel Macron, he confirmed to the Japanese Prime Minister that he would indeed be present on July 23rd at the opening ceremony of the Tokyo Games.