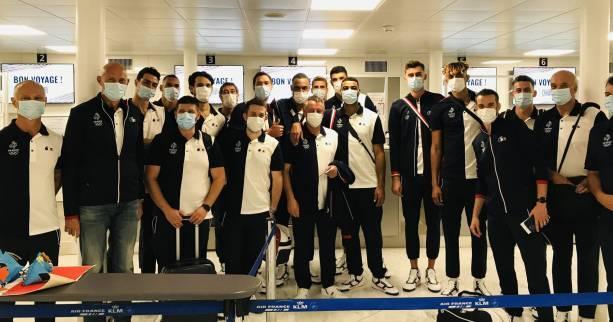 The big maneuvers have begun for the French men’s volleyball team, one of the contenders for the podium at the Tokyo Games. The 12 players and their staff arrived Tuesday morning, July 6th, at Naha airport on the island of Okinawa, their base camp in Japan before the start of the Games. The 21 members of the delegation could go to their hotel after having undergone an anti-COVID-19 test. They were all declared negative. The Okinawa prefecture is the only one of the country to be still placed in a state of emergency. The French volleyball team is the first foreign delegation to settle down in a prefecture that is expecting more than a hundred foreign athletes from five countries. The volleyball players will have to undergo daily tests. They are not allowed to leave their accommodation except to go to their training facility. The meetings with the children of Okinawa schools have been partially cancelled, the only exchanges maintained will be held remotely.