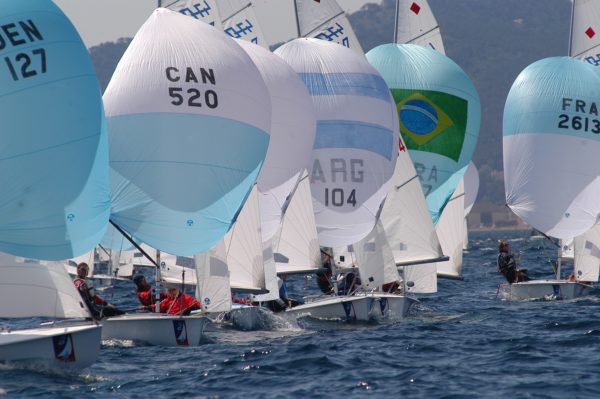 The bad streak continues. The French Sailing Federation (FFV) announced on Wednesday March 3 the outright cancellation of French Olympic Week. It was to be held in Hyères from April 17 to 24, 2021. The inevitable COVID-19 pandemic is at issue. The FFV explains that the organisers had been working for nearly a year on several devices intended to accommodate the world elite of Olympic sailing in the best sanitary conditions. But the DIGES (Interministerial Delegation for Major Sporting Events) issued an unfavourable opinion. The competitions are therefore removed from the calendar. A few months before the Tokyo Games, French Olympic Week was to be a major event for Olympic sailing. Several series had planned to make it a highlight of the season. In Finn, the European title was to be awarded to Hyères. In RS:X, the competition was to serve as a framework for the world championships. Finally, the last four European quotas for the Tokyo Laser Games were to be played out during the event. In the absence of regattas on the water, the organising committee will be offering a virtual French Olympic Week from April 17 to 24, on the game Virtual Regatta Inshore. On this occasion, players will discover a new body of water, that of the bay of Hyères in the territory of Toulon Provence Méditerranée.