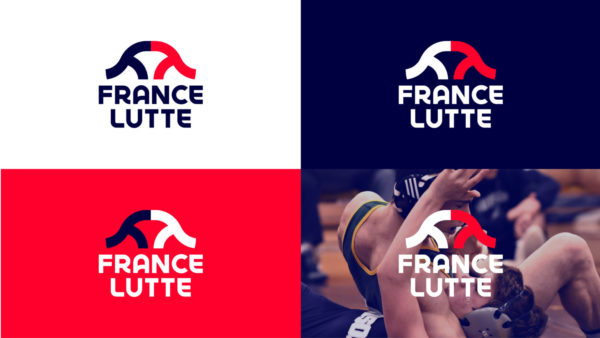 With less than three years to go before the Paris 2024 Games, the French Olympic movement is ready to go into battle. With one fixed idea: to take full advantage of the Games in Paris to find new energy. The latest example: the French Wrestling and Associated Disciplines Federation (FFLDA). Determined to anticipate the media exposure that the event should offer, it unveiled a new visual identity and signature, “France Lutte” (photo above). It explains that it chose a “conceptual approach between evocation and figurative representation”. Its new logo is inspired by the representation of fighters on ancient Greek sculptures and bas-reliefs. It depicts the guard position of two wrestlers facing each other, with a colour palette of blue and red, which is meant to reinforce the notion of confrontation while sublimating the national colours.