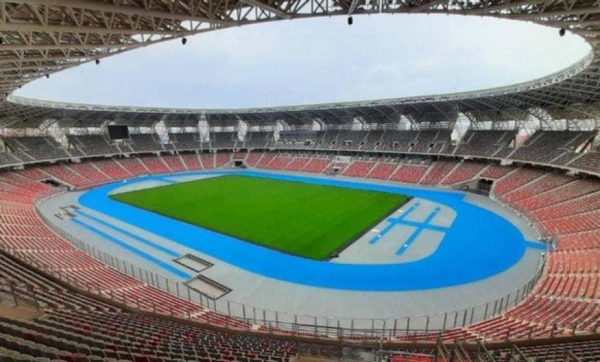 With two years to go before the Paris 2024 Games, the French sports industry is stepping up its game. Proof of this was provided at the 2022 Mediterranean Games in Oran, Algeria. No less than five companies, all members of GIE France Sport Expertise, have participated in the preparation or organization of the multi-sport event, which will open its doors this Tuesday, July 5. The firm Origin Achitects designed the Olympic stadium of Oran (photo above), an ambitious project started some 20 years ago. Dima Sport, a company used to major athletics events, provided the equipment for the pole vault, height, length and triple jump competitions. Natural Grass installed the hybrid turf and the track for the Olympic Stadium. The Hurricane Group, which was present at the Tokyo 2020 Games last summer, provided the parks and equipment for the urban sports demonstrations held in Oran during the event. Finally, the company Metalu-Plast was chosen by the Algerian organizers to equip the team sports, including goals, nets and baskets for basketball.