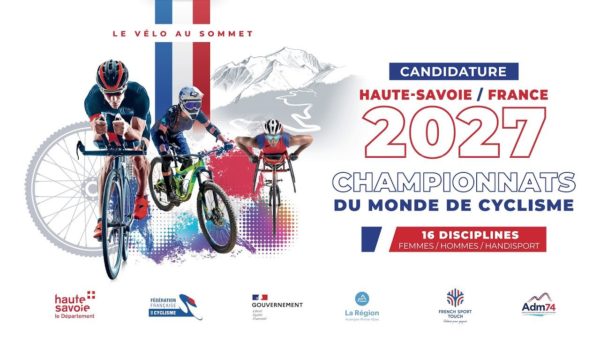 With two days to go before the International Cycling Union (UCI) makes its decision, France is not hiding its confidence in its chances of being awarded the 2027 World Championships for all disciplines. Michel Callot, president of the French Cycling Federation (FFC), told AFP from the Australian city of Wollongong, where the 2022 edition of the world road race is currently being held. “The Haute-Savoie bid is a good one because of its quality and the dynamism that surrounds it,” suggested the French leader. “I think it’s off to a good start, I’m very optimistic. Having organised three world championships this year in France – BMX, MTB and track – offers us real added value and shows our know-how.” Two countries are in the running to host the second edition of the World Cycling Championships in 2027: France and the Netherlands. A vote by the UCI Management Committee is scheduled for this week in Wollongong, with the result to be announced on Thursday 22 September, at the same time as the host country of the road World Championships in 2026. The first all-discipline world championships will be held next year in and around Glasgow, Scotland. The road World Championships will be held in Switzerland in 2024 and in Rwanda in 2025.