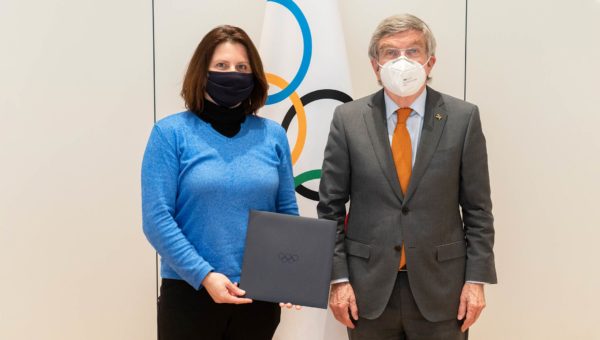 Nice gesture. Visiting Lausanne earlier this week, where she met Thomas Bach at the IOC headquarters, French Sports Minister Roxana Maracineanu did not leave Switzerland empty-handed. In his briefcase, an agreement signed with the Olympic body for the support of refugees. The document specifies that France will support the Olympic Refugee Foundation (ORF), of which Thomas Bach himself has been chairing since its creation in 2017. As a reminder, the first Olympic refugee team from the IOC participated in the Rio Games in 2016 “This agreement will enable the ORF to achieve its objectives of extending its action to urban areas, and thus reaching not only refugees and migrants, but also their host communities, thus establishing a bond of solidarity“, explained Thomas Bach, who wished to thank President Emmanuel Macron, “initiator of this support for the Foundation on the French side”. The Olympic Refugee Foundation has already been working for several months with the Ministry of Sports, Paris 2024, the City of Paris and a number of French and international NGOs working to support refugees through sport in France. Objective: to launch a first program of activities in the Paris region in the course of 2021.