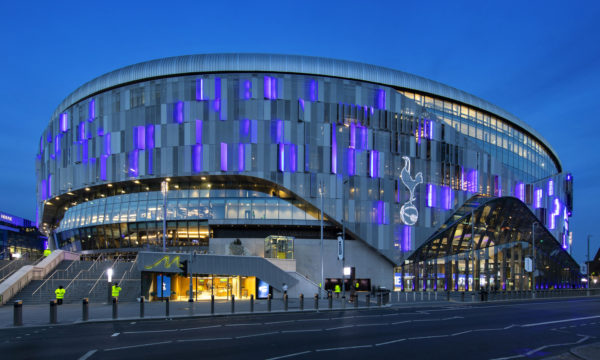 With less than a year to go until UEFA’s decision, announced for September 2023, the battle for the organisation of Euro 2028 is intensifying. Presented as the favourite in the race, the file submitted by the United Kingdom and Ireland has lifted the veil on its plans. It includes 14 stadiums, three of which are in London: Wembley, where the 2021 Euro final was played, Tottenham Hotspur Stadium (pictured above), and the London Stadium, home of Premier League club West Ham. In addition, the joint bid by England, Scotland, Northern Ireland, Wales and Ireland proposes to play matches at the Etihad Stadium and Old Trafford Stadium in Manchester, Villa Park in Birmingham, St. James’ Park in Newcastle, the Stadium of Light in Sunderland and a new venue being built in Everton. In Scotland, the case is based on Hampden Park in Glasgow. The Principality Stadium in Cardiff, Wales, Casement Park in Belfast, Northern Ireland, and two Dublin venues, Lansdowne Road and Croke Park, complete the UK package. This initial list of 14 stadiums will be reduced to ten by April 2023, when the final bid is submitted. Two other bids had been registered by UEFA for Euro 2028, submitted by Russia and Turkey respectively. But the Russian project was rejected by the continental body after the start of the conflict in Ukraine.