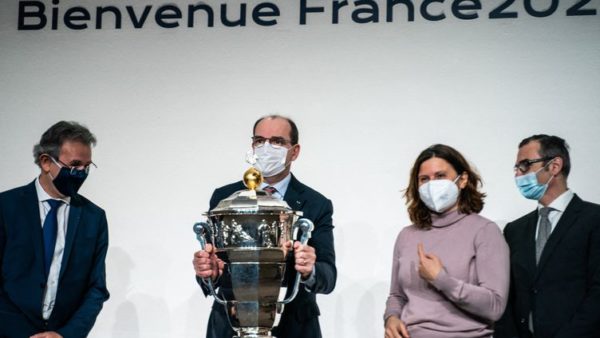 The information is not a scoop, since it was revealed at the end of last week by the French federation of the discipline. But it is now official: France will host the Rugby World Cup in 2025. The Prime Minister, Jean Castex, gave the news a national dimension at a press conference to present the event (photo above), held on Tuesday 11 January in an annex of the Hôtel Matignon. Initially entrusted to the United States and Canada, the 2025 World Cup was left without a host country after the North Americans gave up for budgetary reasons. France submitted a bid last September. It was quickly placed at the top of the pile by the world governing body of rugby union. The seventeenth Rugby World Cup will be the third to be organised solely in France, after 1954 and 1972. France shared the hosting in 2000 and again in 2013 with the UK and Ireland. In October and November 2025, the World Cup will be the first to combine four competitions in one: women’s, men’s, wheelchair rugby and youth. The event will have 128 matches and will last five weeks. It will take place in 40 medium-sized cities across the country, but also in Paris. Presented as a “popular” competition, which is supposed to serve as an accelerator for the economy, tourism, employment and professional training, the 2025 World Cup will offer an average ticket price of less than 30 euros. The budget for the event has been set at 59 million euros, divided between 70% private funds and 30% public subsidies. The French Rugby XIII Federation has 13,000 members and 170 clubs (including 22 women’s sections). The French team has never won the event, reaching the final in 1954 and 1968. Australia, the two-time defending champions, have won the title eleven times. The next edition, originally scheduled for 2021, will take place in England from 15 October to 19 November 2022.