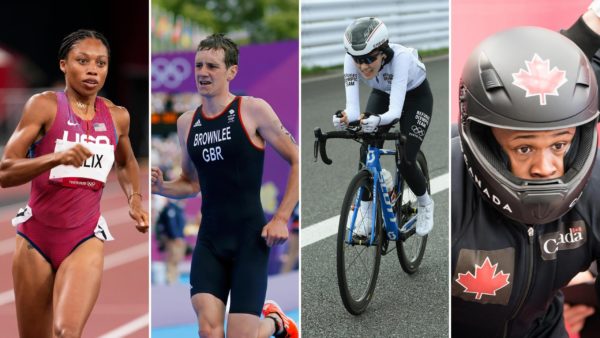 Very nice casting. The IOC announced on Wednesday 27 July the appointment of four new members of its Athletes’ Commission. Sign of the times: the quartet includes two men and two women. The American athlete Allyson Felix, the British triathlete Alistair Brownlee, the Canadian bobsledder Oluseyi Smith, and the refugee cyclist Masomah Ali Zada, were chosen by Thomas Bach, after consultation with the Chair of the Athletes’ Commission, Emma Terho. They become IOC members for an eight-year term. According to the body’s rules, the four new entrants were appointed by Thomas Bach to “ensure a balance between genders, regions and sports.” With their appointment, the IOC Athletes’ Commission now has fourteen women and nine men. Allyson Felix, recently retired from athletics, has competed in five editions of the Olympic Games, winning 11 medals, 7 of them gold. The Californian is already a member of the Athletes’ Commission of the Los Angeles 2028 Games Organizing Committee. Alistair Brownlee has represented Great Britain in triathlon at three editions of the Olympic Games, winning the individual title in London in 2012 and Rio in 2016. He serves on the Athletes’ Commission of the Association of European Olympic Committees (EOC) and the Athletes’ Advisory Committee of the Birmingham 2022 Commonwealth Games. Oluseyi Smith has represented Canada at both Summer and Winter Games, competing in the 4 x 100m relay in athletics at the London 2012 Games, before switching to bobsleigh for the PyeongChang 2018 Games. He has served as chair of the Canadian Olympic Committee (COC) Athletes’ Commission. Finally, cyclist Masomah Ali Zada competed in the Tokyo 2020 Games as part of the Olympic refugee team. Originally from Afghanistan, in 2017 she was granted political asylum in France, where she studies civil engineering at Polytech Lille. She is the first refugee to serve on an IOC commission.