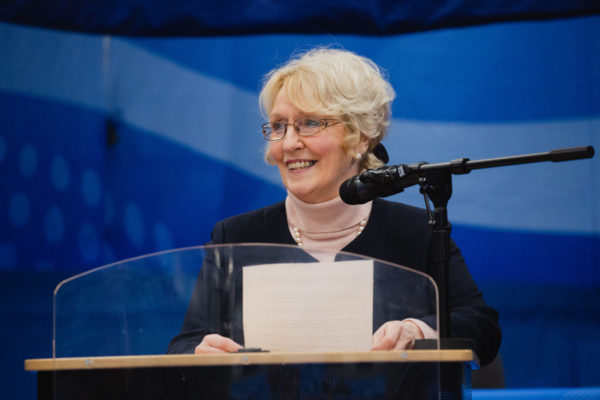 A setback for the feminization of the Olympic movement. The International Curling Federation (WCF) has unveiled the list of candidates for the seat of president of the body, put at stake during the annual congress of the body next month in Lausanne. They are four to claim the succession of the British Kate Caithness (photo above), who came to the end of her mandate after twelve years of power. But there are no women among them. The list of candidates includes three vice-presidents of the WCF – the Norwegian Bent Ånund Ramsfjell, the Australian Hugh Millikin and the Canadian Graham Prouse -, plus the American Beau Welling, current director of the international body. In any case, the next president of curling will be a man. Kate Caithness was one of four women to preside over an international federation of an Olympic sport, along with Sweden’s Petra Sörling in table tennis (ITTF) and Annika Sörenstam in golf (IGF), and Spain’s Marisol Casado in triathlon (World Triathlon). She was the only one in the world of winter sports.