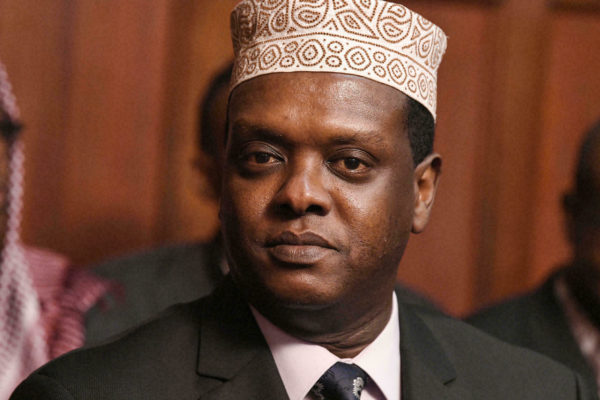 Guilty. This is the sentence pronounced on Wednesday, February 15th, by the Kenyan court against the country’s former Sports Minister, Hassan Wario (pictured above). He is guilty of corruption and abuse of power in a scandal involving the embezzlement of more than 800,000 dollars intended for the Olympic team for the 2016 Rio Games. Hassan Wario and the former head of the Kenyan Olympic Committee, Stephen Soi, who acted as Chef de Mission, did dip into the fund. They embezzled part of the money allocated by the authorities to pay for the flights and accommodation of the Kenyan delegation to the Rio de Janeiro Games. Their sentence will be decided on Thursday, September 16th. In the meantime, the two men remain in custody. The other four defendants, former National Olympic Committee secretary general Francis Paul and three other sports ministry officials, were all acquitted. Hassan Wario, Minister of Sports between 2013 and 2018, is the most senior government official to be convicted of corruption in the Olympic scandal. He was Kenya’s ambassador to Austria when he was arrested and charged.