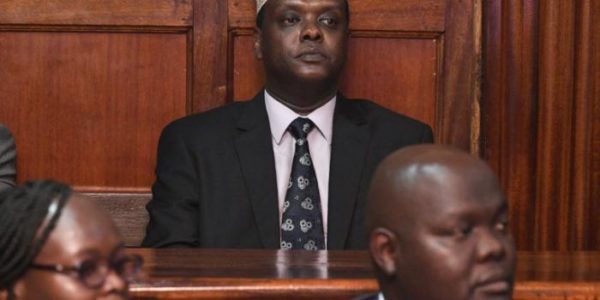 The courts have ruled. Hassan Wario (pictured above), Kenya’s former Sports Minister, was fined more than $32,000 on Thursday, September 16th for embezzling money intended for the Kenyan delegation’s expenses at the Rio 2016 Games. He was convicted the previous day of corruption and abuse of power and will have to pay the fine or face six years in prison. The former government member and diplomat (he was ambassador to Austria at the time of his arrest) did not really hesitate between the two sanctions. He paid the fine on Thursday evening and was allowed to leave his cell in Nairobi. Hassan Wario and another defendant, Stephan Soi, former head of the Kenyan Olympic Committee, were accused of embezzling more than 800,000 dollars intended for the preparation and stay of the national team at the Rio Games in 2016. Stephen Soi was also found guilty of the same charges. But his sentence is much heavier: 12 years in prison or a fine of about $950,000. According to the investigating judge, Elizabeth Juma, Hassan Wario used part of the Olympic delegation’s budget to bring three people to Rio de Janeiro who had no connection to the Olympic Games, and then paid them allowances for their travel and stay in Brazil.