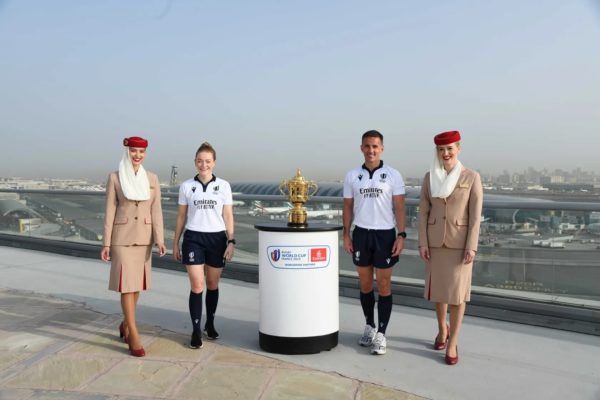 A big catch for World Rugby. The international body has landed a new big fish for the next two editions of the Men’s Rugby World Cup, in France in 2023, then in Australia in 2027. The Emirates airline has renewed its partnership. It becomes a major partner of the next two global tournaments. It also extends its sponsorship of match officials until 2027, a relationship that began in 2013. The Dubai-based airline says it wants to “take rugby to new heights” by allowing fans of the game to watch the next two World Cups live and on-demand from their seats on board its aircraft. Emirates joins Société Générale, Mastercard, Asahi, Capgemini and Jaguar Land Rover as a major partner of the 2023 World Cup in France. Emirates also becomes the fourth major partner of World Rugby, following Capgemini, Macron and HSBC.