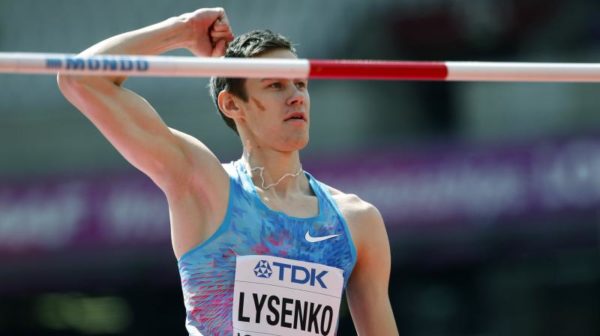 End clap for Dmitry Shlyakhtin. The former president of the Russian Athletics Federation (RusAF) has been suspended for four years by the Disciplinary Committee of World Athletics. He was found guilty of refusing to cooperate with investigators, of obstructing the anti-doping process and of failing to report a doping case. Four other Russian leaders were also sanctioned, including Artur Karamyan, a former member of the RusAF Council, in the same investigation into the doping case of former high jumper Danil Lysenko. The Athletics Integrity Unit (UIA), tasked with shedding light on the twisted soap opera, said on Wednesday (February 17th) that its 15-month investigation involved “the submission of forged documents and lies“. Russian leaders have been accused of fabricating false medical documents to allow 2017 Worlds silver medalist Danil Lysenko to escape suspension after missing three doping tests in one year. For the same facts, former RusAF executive director Alexander Parkin, former Russian body administrator Elena Orlova and former anti-doping coordinator Elena Ikonnikova have also been suspended for four years. But for the last two cited, the sanction will have little effect, since they were already suspended for six and eight years respectively for doping-related facts. Russian athletics are therefore losing a new battalion of leaders and administrators, but the work of the UIA is not yet complete. The case concerning Danil Lysenko and his trainer, Evgeniy Zagorulko, is still under investigation. Sanctions should come in later. “These are important decisions for athletics. The UIA was created to be a courageous and independent organisation”, said David Howman, President of the UIA, in a statement. “Our involvement in uncovering this conspiracy and fraudulent behavior demonstrates that the UIA is fulfilling its purpose of holding cheaters accountable, regardless of their status or stature”. The UIA investigation revealed the often limitless imagination of Russian leaders to cover their athletes. In the case of Danil Lysenko, they did not hesitate to invent not only a fake medical file, but also a fake car accident to justify the absence of the high jumper at a control, and even a fake hospital where he would have been cared for.