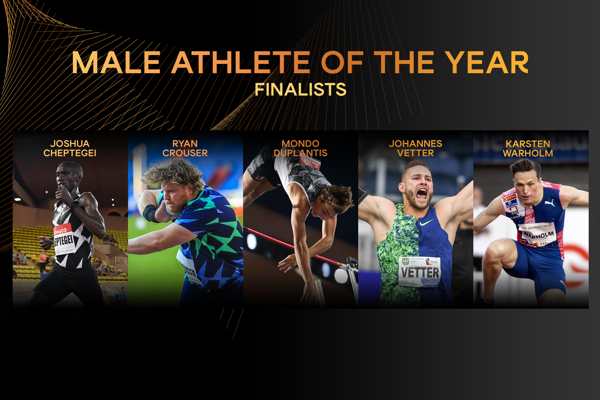 They are now only five. World Athletics unveiled on Monday, November 23 the list of the five finalists for the title of World Male Athlete of the Year 2020. It does not reserve the slightest surprise, all the favourites having passed the first step of the nomination process. The winner of the trophy will be chosen between the Ugandan Joshua Cheptegei (5 and 10,000 m), the American Ryan Crouser (weight), the Swede Mondo Duplantis (pole vault), the German Johannes Vetter (javelin), and the Norwegian Karsten Warholm (400m hurdles). The name of the winner will be announced on Saturday 5 December during the World Athletics Awards evening, organised for the first time in virtual mode. Hosted remotely by two former athletes, American Sanya Richards-Ross and Trinidadian Ato Boldon, it will be streamed on the international body’s digital platforms (YouTube, Facebook and Twitter). The World Athletics Council and the athletics family voted via email, fans spoke out via social media. The Council’s vote accounted for 50% of the result, with those of the athletics family (25%) and the public (25%) completing the vote count equally.