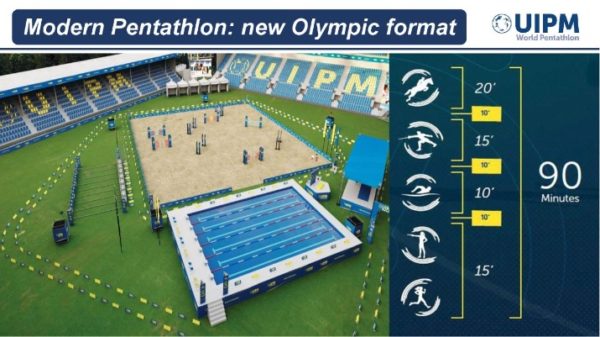 The International Modern Pentathlon Union (UIPM) is not wavering: it wants to impose a new format on its Olympic competitions for the Paris 2024 Games. A format presumed to be even more spectacular than the current version, where the five disciplines (horse riding, fencing, swimming, shooting, and running) would last 90 minutes. The international body chaired by the German, Klaus Schormann, consulted its stakeholders throughout the month of November before validating its proposal. It organised a series of videoconferences, with the athletes (November 11), then the coaches (November 18), and finally the national federations (November 24). There was a majority in favour of this format change. It must be submitted to the IOC Program Commission, which will present its recommendations on November 30 for the 2024 Paris Games. The final decision will then rest with the IOC Executive Board. It is due on December 7th, for her next virtual meeting. At the same time, the UIPM is calling for the introduction at the Paris 2024 Games of a third medal-winning event, the mixed relay.