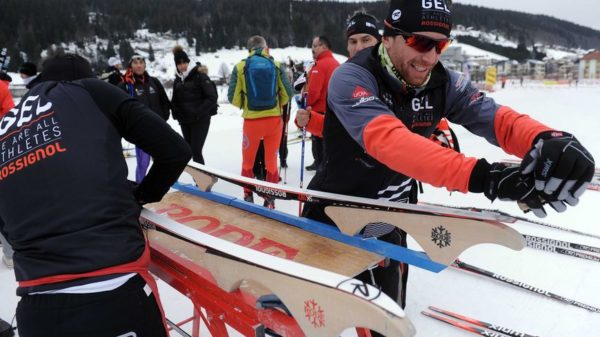 The International Ski Federation (FIS) is still waiting. On Thursday 11 August, it announced its decision to postpone the ban on the use of fluoride in ski waxing for another year. Announced nearly three years ago, it will not be implemented before the 2023-2024 season. Presented by several studies as harmful to health and the environment, fluorinated products were to be banned for the 2020-2021 season. However, the FIS has reversed its decision, taken in October 2019, to postpone it to the summer of 2021, then to the year 2022. This is because the FIS wanted to ban fluoride products before it had the technical means to enforce the measure. The ban on fluoride in alpine and Nordic skiing has therefore been postponed once again. The FIS explains this in a press release: “To allow more time for the development of the fluoride detection tool“. For more than three years, the FIS has been conducting a study with the International Biathlon Union (IBU) to develop a tool for the rapid, reliable and inexpensive detection of fluoride. The two bodies have joined forces with a specialist company and the German research institute Frauhofer.